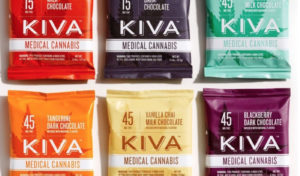 “So, what would you like? Candy, liquid, smoke? What variety? What strength?”

I never thought about any of this in the 60s. I simply took what was handed to me, rolled it in special papers, licked the seam, and lit a match. But now marijuana is legal. At least in Colorado, where my husband and I stopped on a road trip between Utah and Nebraska.

Ah, Colorado! Signing in at the motel, the tourist brochures in the foyer were full of pamphlets for where to buy your grass. It wasn’t something we had planned on, but there were so many pamphlets! So we turned to the clerk, and jokingly asked, “Where is the nearest place to buy marijuana?”

She looked at us and sighed. More marijuana tourists. Another elderly couple out for the adventure of their lifetime. Sure. “When you leave the parking lot, turn right. Drive 100 yards, and look to the left. You’ll see many cars in front of ‘The Emerald Isle.’ Pull in there.”

It sounded too easy, and so mundane. Like telling us where we could get a Coke, or a loaf of bread.

We unpacked and headed for The Emerald Isle. The parking lot must have had 50 cars in it. Certainly not a hole in the wall—a hidden gem, a secret stash for the cognoscenti! It was no speakeasy. It was more like a convenience store.

Around the perimeter were glass sales cases, like in a jewelry store. Circulating between them were at least a dozen salespeople, like in an Apple Store, in matching t-shirts with iPads in hand. We were approached by a handsome young man who consulted with us as if we were connoisseurs and knew what we were doing.

“I haven’t bought grass in 40 years,” I admitted. “I was usually just given it!”

“Things have changed,” he said encouragingly.

For $5 each, we got two pieces of candy that looked like caramels, and we were instructed to eat them after dinner tonight in our hotel room. Unfortunately, that evening my husband didn’t feel well, so we decided to risk taking two little caramels with us out of Colorado. But when we packed up the next day, we forgot all about it. We didn’t remember our candies until the next evening in Nebraska. And we couldn’t find them. Where had we put them? Had we left them in the hotel room in Colorado? Did the housekeeping crew get a bonus tip?

So much for our walk on the wild side.

Bonnie Collins lives in Ocean View, New Jersey where it doesn’t get all that wild.