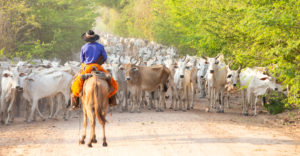 You’ve probably heard the story of the man in New York City who told his wife he was just going out for a newspaper and it’s been twenty years since she last saw him. My reaction to the story has always hinged on the kind of people they were. I mean if he was a rotten bastard, then I say she’s been better off without him. On the other hand, if she was a shrew, then I say good on you mate, you’ve escaped.

But let’s look at this logically. Where the hell did he go? One theory that we can discount fairly quickly, is that he was abducted by aliens. We are certain that can’t be true, because aliens favor midwesterners and have almost no use for a jaded New Yorker.

Next theory is that he met up with friends, sat in on a poker game, and lost track of time. When he realized how late it was, he was too embarassed to call home or show up with his tail between his legs, so he started a new life in Albany with all the money he won at poker (good thing he had brought his wallet with him).

Speaking of wallets, another possibility is that he went down to the news stand with just a few dollars and no identification. He was then hit by a cab (happens all the time in New York city) and suffered amnesia. No one knew him and since there was no ID, the police had nothing to go on. Now here’s where it gets interesting. What if his wife didn’t miss him. I mean she knew that he didn’t come back, but she took it as a message from God that it was a good time to continue her life without him. Since he never went to a dentist in his life and worked from home, they had no way to identify him, and despite the repeated printing of his photo in the newspaper, no one could (or WOULD) identify him.

An interesting variation on this scenario is that he bought the paper and while reading it on the way back to his apartment, he stepped in an open manhole. It had been raining heavily all morning and the heavy current carried him to the East River (drowned by that point) and ultimately into Raritan Bay bound for the Jersey shore.

Another theory that many people like is that he had been planning this escape for quite some time. He had stashed away money in a separate bank account and had his passport and everything he needed to make his getaway. The plan was to take a cab to the Port Authority, get a bus to Newark, catch a flight to Buenos Aires, and from there he became a gaucho on a cattle ranch. I saved this theory for last because it is my personal favorite. Walking away from a life and a wife to become a gaucho? I like to think that one day he woke up and realized that herding cattle in Argentina was his destiny, and he had to heed the call. Vamos amigos!