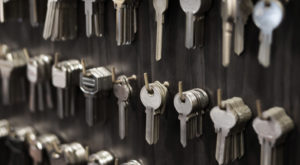 In a recent survey about how millennials and boomers relate to each other in the workplace, it won’t surprise you to learn that there’s just a little bit of friction there.

Millennials make up more of the workforce than any other generation, so it must be just a tad frustrating to have all of us baby boomers in their way. Thirty percent of the millennials surveyed indicated that older workers were holding them back from advancing. A quarter of them went so far as to quit because of a boomer manager or colleague. That’s going full OK, Boomer!

But here’s the flip side to that statistic. Thirty-six percent of boomers said they quit because of a millennial boss or supervisor and more than half say they experienced age discrimination.

Meanwhile, 52% of millennials think boomers are know-it-alls, 47% think they act too entitled and 34% are annoyed by their egos.

Apparently, it’s not all petty grievances at work. Forty-two percent of millennials thought their boomer colleagues were dependable, 41% said they were punctual, and 26% said they had a good eye for detail. Boomers acknowledged that millennials could be positive (34%) and good problem solvers (32%).

One of the most divergent findings was how each generation viewed their employers. Sixty percent of boomers felt that their employer was loyal to them, while only 40% of millennials believed that to be true.

How loyal? Not that much really. If offered more money, 84% of millennials and 75% of boomers would split in a heartbeat.

Will millennials miss us when we’re gone? Hard to say. That question was not in the survey. I would like to think they will miss our steady and dependable work ethic, but it might just be a case where what they really want to know is “Where the hell is the key to the third floor mens room?”