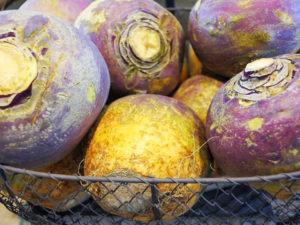 As a child, I wanted my family to be more interesting. To have foods and traditions that defined us as something other than yet another 1960’s suburban family with four kids, two parents, and a station wagon with wood-grained trim. I wanted to at least be like the neighbors, who were Italian. Their pot of spaghetti sauce made from an ancestral recipe simmered on the stove all day, with aromas of garlic, onions, meat, and herbs reaching my nose through their open windows.

“I danced the Highland Fling as a child at the Scottish Club,” my mother offered me, as she demonstrated a few moves in the kitchen.

Occasionally lefse would appear in our refrigerator, a Norwegian potato flatbread that my father would smear with butter, sprinkle with sugar, and proclaim heaven sent as he ate it. And he always wanted my mother to make fattigman, also known as poor man cookies, at the holidays, but she resisted because she was health conscious and they are deep fried.

Her resistance to frying fattigman paled, though, in comparison to the father-son battles over rutabagas that were waged at every holiday meal. After the turkey was carved, and the side dishes were passed around, my father would insist that my brother have some of the mashed rutabaga that was always on the menu. Orange and slightly bitter, I liked the taste and its contrast to the sweeter side dishes, but my brother, usually an adventurous eater, hated it.

I don’t know my father’s history with rutabaga – perhaps it was a connection to his mother who died when he was 11 – or maybe it was a food his Norwegian grandparents served. Rutabaga is a popular staple on the Scandinavian table – mashed with carrots and potatoes, baked into casseroles, made into soup. A cross between a cabbage and a turnip, it can be grown in cold climates and stored through long winters.

Whatever the source of my father’s love for rutabagas, he had a strong need for us all to appreciate them at every Thanksgiving and Christmas meal. But my brother’s equally strong resistance to eating them turned every holiday meal into a battle scene. I guess family traditions can come in all flavors, and ours was bittersweet. Today, I continue to enjoy rutabagas, and my brother reports that he likes them too, so this tradition anyway, has not stood the test of time.

Lee Stevens appreciates her Scottish and Norwegian roots as she writes and enjoys like in Hendersonville, NC