E  S  S  A  Y   I was an English major, which qualifies me to do just about anything…at least that’s what English majors proudly maintain. But the brouhaha (just had to work that in) over commas is just the tiniest bit absurd.

There are a lot of bad things happening in the world at this moment in time, enough so that a debate over the placement of a comma pales by comparison. If you are not familiar with the issue, here is the lowdown. You could write “We invited the rhinoceri, Washington, and Lincoln.” That would mean you invited more than 1 rhino, Washington, and Lincoln. Without the Oxford Comma, the meaning could be construed to mean that you invited Washington and Lincoln who are both rhinos.

I told you this was a stupid debate.

By the way, it’s called the Oxford comma because it was used by editors at Oxford University Press. The Associated Press and the New York Times style guides prefer no comma before the word “and,” however the Chicago Manual of Style and the U.S. Government Printing Office style manual do not. Even some British style manuals are coming down on the side of dropping the comma.

I have to admire the Chicago Manual of Style for the fact that they keep the door open just a smidge:

“When a conjunction joins the last two elements in a series of three or more, a comma … should appear before the conjunction. Chicago strongly recommends this widely practiced usage.” In answer to a reader’s query, however, The Chicago Manual of Style Online qualifies this, saying “the serial comma is optional; some mainstream style guides (such as the Associated Press) don’t use it. … there are times when using the comma (or omitting it) results in ambiguity, which is why it’s best to stay flexible.”

So let us bend and stretch as we move on to much more important issues of the day, such as the shredding of the Constitution. 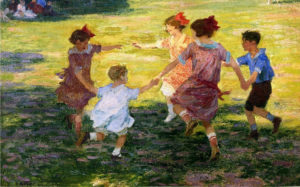 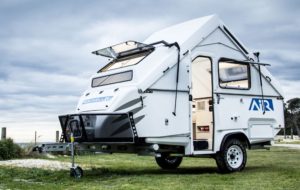 After my mother, aunt and uncle died last winter, my partner and I bought a camper. In death’s midst, feeling our own galloping years, we envisioned a lifeline to better times. Simple travel. Pretty vistas. Minimalist living.

Snow was falling when my partner scrolled through Craigslist posts. “Look at this,” he said, spying a sleek A-frame pop-up. “Isn’t this the cutest? Wouldn’t it be perfect for us?”

“Fun!” I murmured, expecting nothing. After all, we were lapsed tenters who’d talked for years about upgrading to a camper with real walls, a raised bed and a kitchenette.

But two days later, we rocketed ninety miles along the highway to the seller’s home. He was an engineer who got the vehicle used but didn’t use it. The wife wanted it gone.

We trudged through their icy yard. This really was the cutest camper. Though two decades old, it had good bones; the perfect fixer-upper.

The engineer had us at “Come inside; the heater works great.”

Two weeks later, we parked the pop-up on our front lawn beneath a giant maple, and Partner promptly got to work on it.

He painted and scrubbed. Made curtains. Refitted a cabinet and fixed floorboards. Every last screw, bolt, thread and pipe was soon in pristine order.

He worked while his 100-year-old dad was dying, finding solace in in the shade of the giant maple, where ferns grew as high as the hitch on our compact SUV. I offered encouragement and minty iced beverages.

The neighbors came calling. The crusty old widower reminisced about his family’s camping days. The stick-to-herself teacher behind our hedgerow stuck her head in and confided envy. Even the nurse I rarely saw anymore had an acute case of curiosity and texted, “Where r u going?”

My artist neighbor, a world-class brooder, climbed in one evening to wax poetic about the creative life. When he left, his step seemed lighter, and his brow, less furrowed.

Sometimes I nap in the camper, my eyes fluttering closed as breezes blow through the windows. Or I write. Partner reads the paper, or chats on the phone to his son or sister.

We’ve yet to take our maiden voyage, but on sultry summer mornings, Partner and I like to sit on the comfy couch cushions, drink coffee and dream about all the places we’ll go someday. I’m along for the ride, even if it’s stationery.

Tina Lincer is a writer, artist and recovering tenter who’s looking forward to her first trip in the world’s cutest camper.