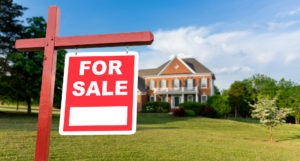 Nine million homes are projected to go on the market between now and 2027. As boomers die or age out, the homes come on the market at a time when younger generations are looking for smaller homes in more urban locations. Locales with declining populations in the rust belt or in retirement communities are the last places younger would be buyers will be looking.

So what is going to become of these nine million homes? Turn them into baby boomer museums/monuments? Maybe they will hate the location, but if mom and dad gift their home to a child or grandchild, will they say no? The renters among them who are put off by the costs of home ownership probably will take a pass on the deal. But others may recognize that life out in the burbs isn’t so bad if you don’t have a mortgage payment. That savings could offset the cost of Ubering back and forth to the city for entertainment and to see their rich friends who could afford houses there.

This projected housing glut has a familiar ring to it. Not only do younger generations not want our houses, they also do not want all of our stuff. The china settings for 12, the crystal, flatware, jewelry, artwork, the furniture and the damn tchotchkes – all of it is going begging at garage and estate sales. It’s stuff alright. The stuff of nightmares. We can’t give away “brown furniture” to younger generation minimalists.

Maybe the best advice then is to start downsizing now. Sell the big house and furnish the new smaller abode with the kind of furnishings a millennial would want. They will be glad you did. 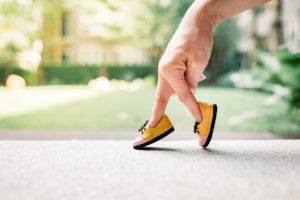 In yet another failed social experiment, I joined a meetup group of over-50 hikers and signed up for what was described as a “brisk 5-mile walk” along an urban trail.

While the trail was fine, the walk was anything but brisk. There were a fair number of chatty slow pokes, and the leader paused every so often to let them catch up. At one point, I went ahead of the leader because the sauntering pace was killing me, but apparently you’re not allowed to get in front of the leader.

I do understand rules. They’re trying to keep everyone together and safe, but it was painful. I was eager to walk with a group, because I’ve read all the studies about social connections and well-being. However, I quickly realized you are only as fast as the slowest walker.

One of the women who was moseying along was raving about what a beautiful and perfect day it was. I was cold, because I couldn’t work up a sweat, and I was stuck behind her lumbering self, so I wouldn’t call that perfect.

I finally figured out how to slow down, although it felt like I was walking in place. I did chat with others, and it was all right, but the truth is I’d rather be alone and walk fast.

So, OK, I tried it, and I didn’t like it. I guess that means I’m still a loner. But you know what? I’m OK with that. When I was working, I thought I was anti-social because I was busy, tired, pissed or whatever. In retirement, all is revealed, and it turns out I’m just anti-social.

I’ve been like this all along, and it hasn’t killed me yet.

I pity the people who cruise through Nebraska seeing only endless fields of wheat and soy beans and corn as high as an elephant’s eye. They miss so much as they speed by locked inside their refrigerated SUV’s and mini-vans at 75 miles per hour. Things like Toad Stool State Park, a thin blade of the badlands slicing through the northwest corner of the state. The park is a collection of buttes and rock formations plopped down in the endless green sea of the Oglala National Grasslands.

On this brilliant July morning, the slanting light scalds the sculptured formations, bleaches them in light and shadows. It is stark, yes, like a lunar landscape, but there are also lush fields of ferns and glowing goldenrod that have caught the unusually abundant spring rains. I hop around this landscape, bounding from one formation to another like an old, gray-haired billy goat. I take pictures of all this, opening an enormous eye in my mind and capturing the creviced rocks and pockets of lush greens and glowing yellows.

After lunch, we head done the historic Platte River Road alongside the Oregon Trail, taking in the grass-covered Sand Hills and fields spotted with scattered bales of hay to Scott’s Bluff National Monument. The first thing we do, the only option, really, is to be awed by the columned layers of sandstone jutting into the air like the prow of a ship and the deep blue sky filled with speeding clouds. Then we hike up the looping path to the top of the bluff and repeat the process I followed this morning. I will again open the enormous eye in my mind and take pictures of all this, capturing the rugged bluffs topped with spindly pine trees, the great empty plains covered with velvet-green grass and creased with twisting, knotted streams, and endless cloud filled skies.

Later, I will cull through the images of the day, get them down in my note book. I will cultivate, nurture, and grow memories as my pen scribbles across the page. When I am done, I will select the brightest ones and hang them in the Museum of my Mind.

Before retiring, Scott Peterson was an educator in Mattawan, Michigan. He also taught writing classes at Western Michigan University. HIs essays and poetry have appeared in numerous anthologies and journals.