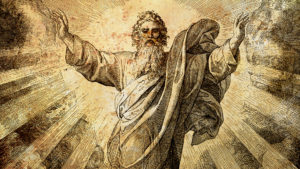 Here we go again. There’s speculation that millennials are leaving religion behind. Try to guess whose fault that is. Give you three guesses and the first two don’t count.

Right! Baby boomers taught their offspring fewer religious practices, so the kids have gone secular. Not even having families of their own one day will bring them back to houses of worship, so the thinking goes.

God damn those boomers. Wait, there is no God to damn them. Well none that they subscribe to.

Church membership in 2018 was at an all-time low of 50 percent. Only 42 percent of millennials (ages 18-38) were church members. And if that’s not bad enough, it was the God damn (sorry, I keep forgetting there is none) leftists who made matters worse. Democrats who were brought up in religious homes were three times more likely than Republicans to have left religion. It’s not just any boomers who have wrecked religion in this country, it’s the GD Democrats’ fault.

Why did I know this was going to come down to politics before we were done here. Maybe millennials have been praying for a change in leadership but their prayers have not been answered, so they’ve given up prayer and/or any belief that there is a God.

Where does this all end? You’re not going to believe this. Some of the remaining believers think that a bitter culture war is on the horizon (believers vs. non-believers). The only hope for believers, so the warped thinking goes, is for them to become the majority rather than the minority. They are counting on the constitution to protect their right to freedom of religion.

Just a reminder here: Freedom of religion can include the right to be free from religion. Just saying. And some folks are awfully selective about which parts of the constitution should protect and be obeyed.

Word of advice to all you lefties. Next time you get surveyed about your religious practices, you don’t have to confess to any particular affiliation. But make sure you tell them you pray every day that baby boomers will stop getting the blame for every God damn thing.