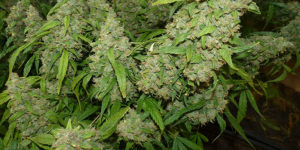 E  S  S  A  Y    Put down that bong or that doobie and listen up. According to the Addiction Journal (your read that right, there’s a journal for addiction. Once you start reading it, you can’t stop) there has been a 71% increase in marijuana use for people over 50 from 2006 to 2013.

Let that sink in for a minute. So maybe a fair number of baby boomers are smoking pot for medical reasons. Look at any alternative newspaper and the back pages are filled with ads for medical marijuana dispensaries (if that’s legal in your state). Boomers suffering with pain, glaucoma, Alzheimer’s, arthritis, nausea or loss of appetite have all benefited from medical marijuana, but what about the rest of you stoners?

Some baby boomers never stopped smoking pot. From their teen years until now, they have been getting high the same way others have a cocktail every night at 5pm. Then there are the newcomers who have taken to smoking pot because they are lucky enough to live in a state where it’s legal or they live in a state where it’s illegal but everyone can get their hands on it anyway. Marijuana does not have the scare power that it used to.

Study researchers see no particular harm in this increased usage by older citizens, as they assume that these pot smokers are experienced users who know their limits. The risk of falls was cited as one possible adverse effect, however you would have to think that baby boomers who are really high are also not in the mood to stand up. So there’s that.

Researchers believe more studies should be done to see there can be any actual harm to older Americans from continued use of cannabis. As they say in New York, fuhgettaboutit. Even for a publication called Addiction Journal, it’s a little crazy to waste any effort studying the effect of pot smoking on baby boomers.

My mother said it best. “Ladies and gentlemen, take my advice. Pull down your pants and slide on the ice.”